2020 - 2021
CAN A SHADOW HAVE A PERSON?
Contemporary circus and dance, created by Ana Jordão and Natalie Riedelsheimer
Duration: 60 mins

Every person has a shadow, but can a shadow also have a person?
How many characters coexist in one body?
How can we animate our different "selves"?
What if this was not a fight but a game? ... or a dance?

Two parts of one whole. Two inseparable bodies.
This  performance explores a poetic and (self-)reflective space in which two  bodies represent one person; like two different sides of one whole. The ever-changing relationship between these bodies becomes a physical reflection on our internal negotiations and perceived duality. The piece suggests that one's inner world can be seen as a microcosm of the whole. It aims to raise awareness of how human resources can be treated  respectfully, even when we are faced with the adversities of the world  in crisis.
This work is a reflection on the arduous journey towards a  sustainable and balanced world by considering a perspective of the  "other" as an extension of one's self. 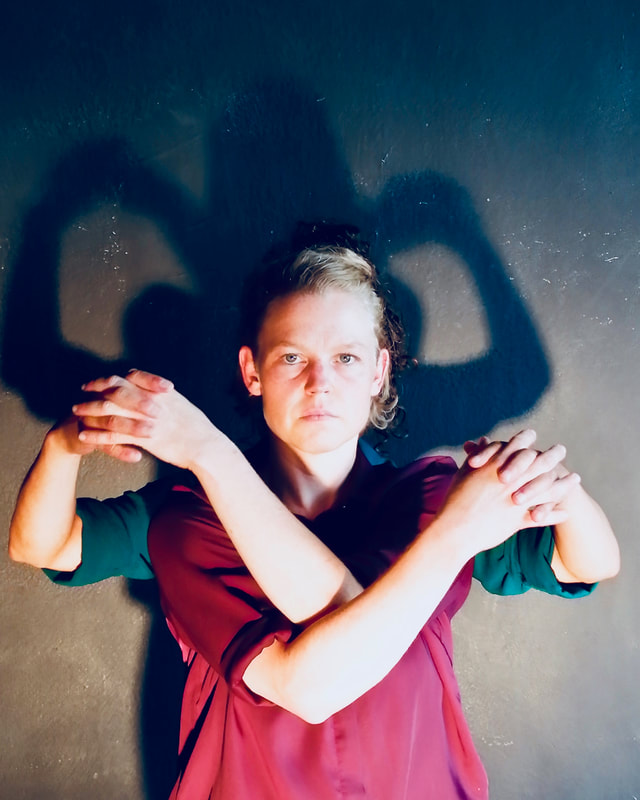 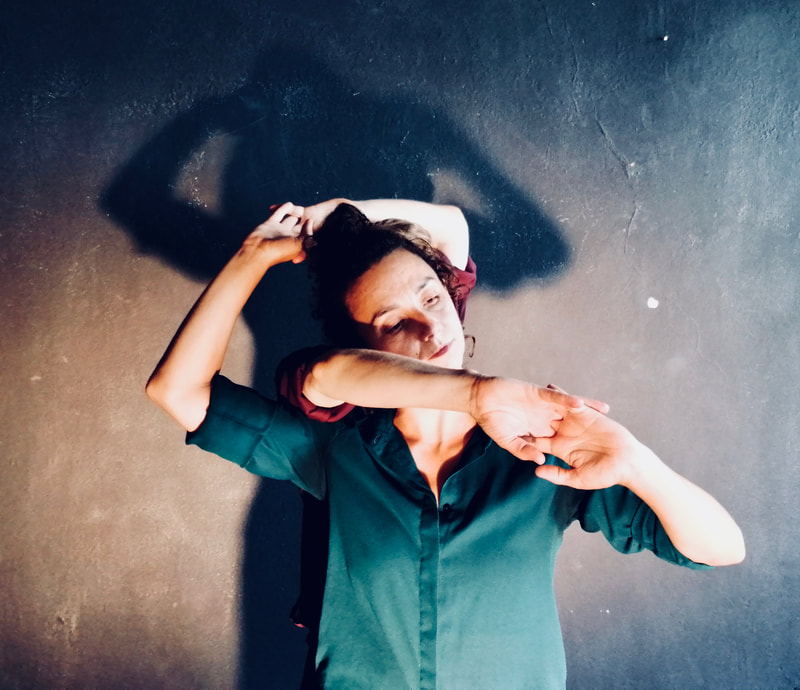 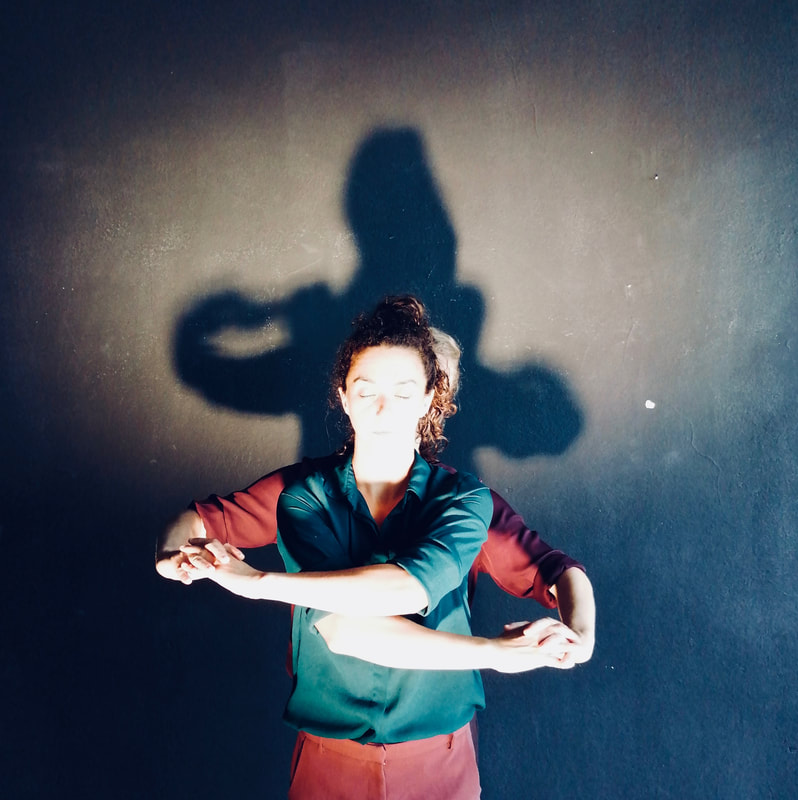 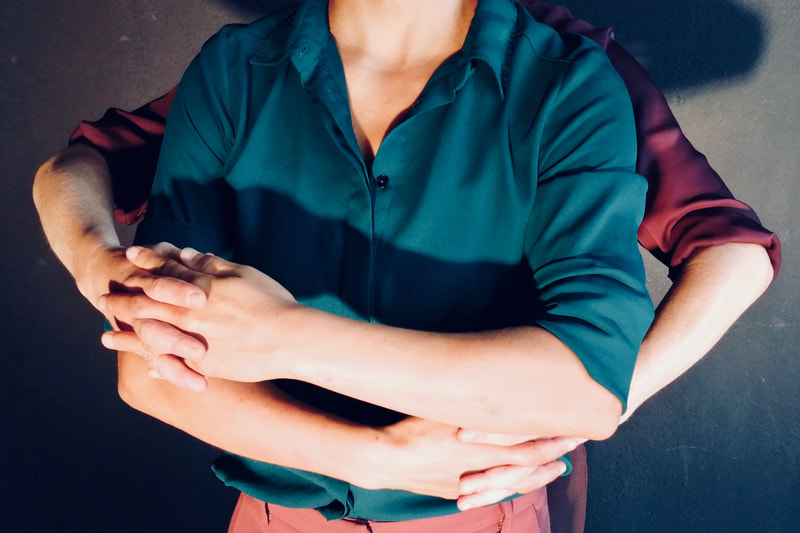 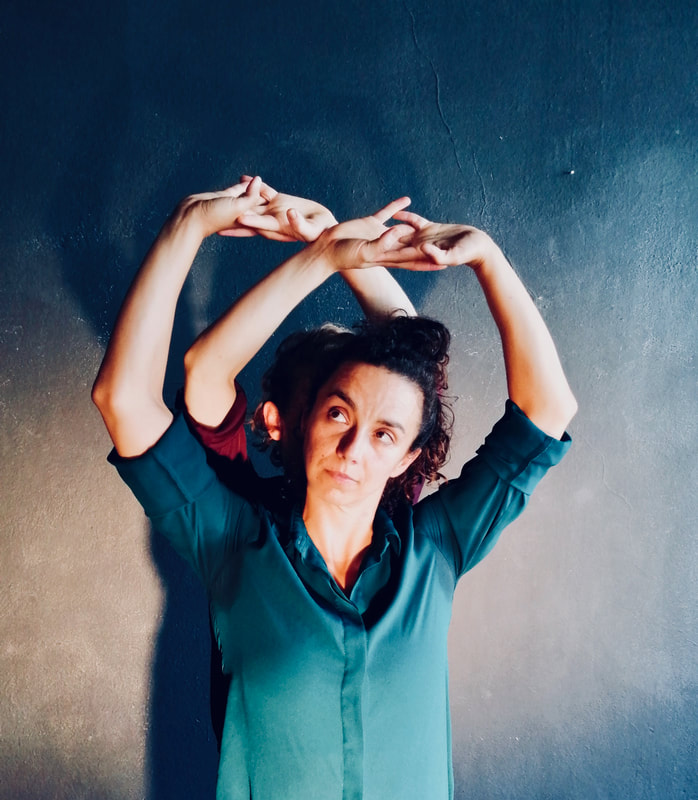 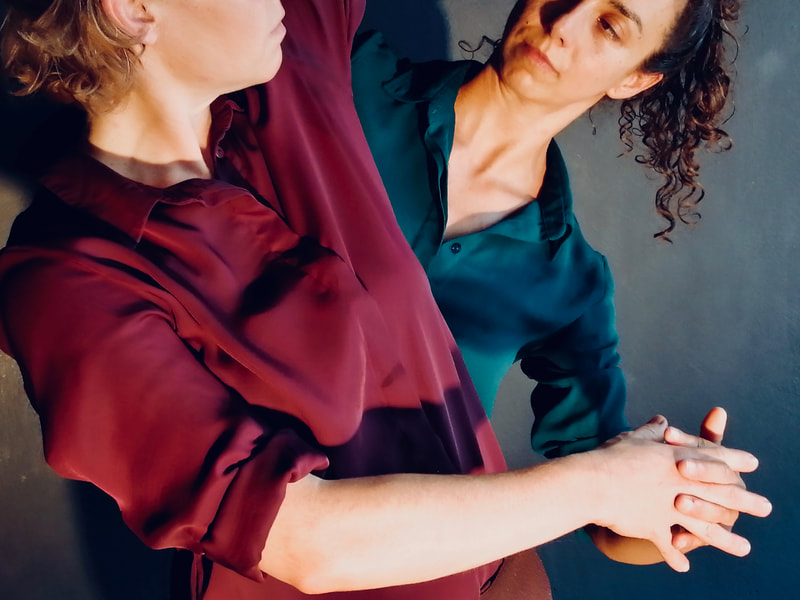 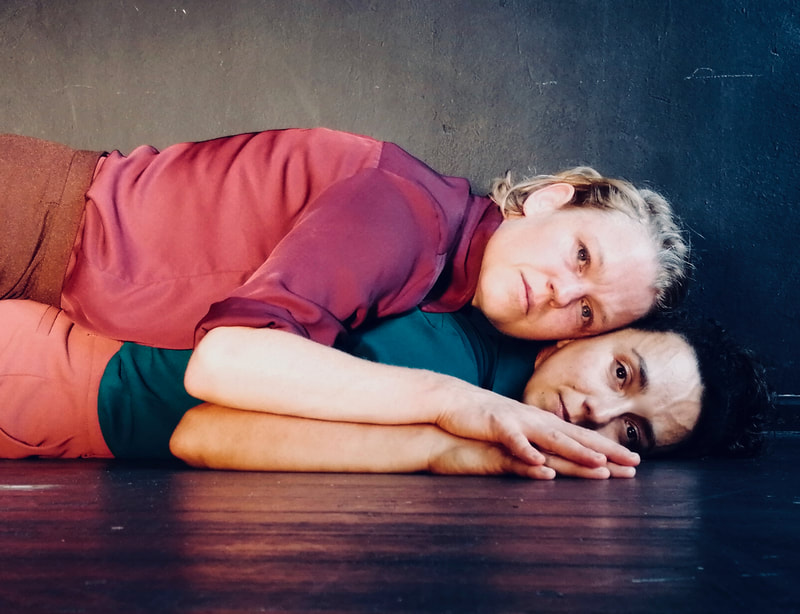 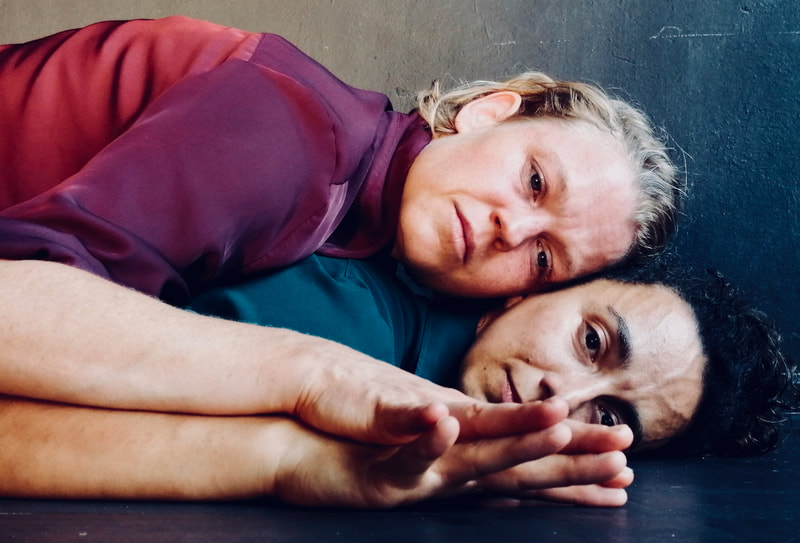 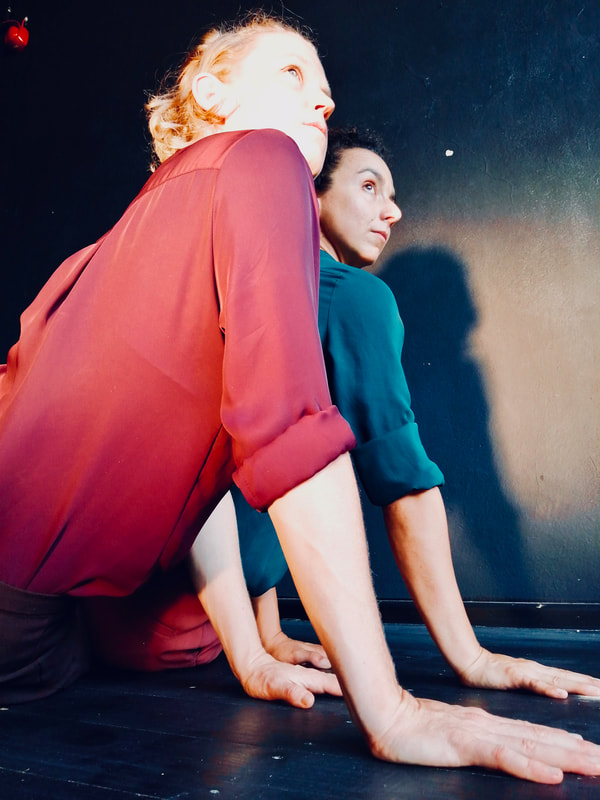 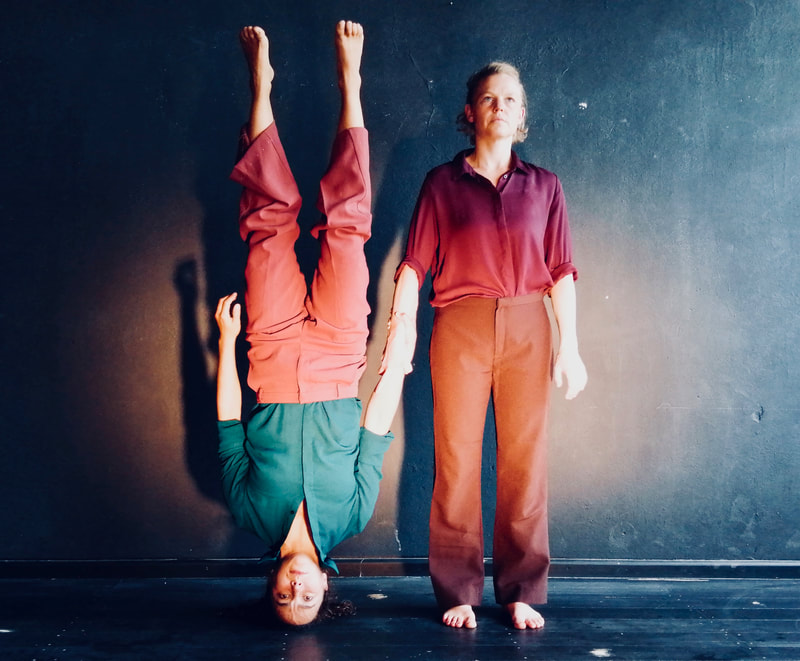 Accepting the invitation from Camões Instituto da Cooperação e da Língua (PT) to represent Portugal in the Night of European Literature (an evening dedicated to emerging European writers), I was commissioned to create a short performance based on João Tordo's novel "A Mulher que correu Atrás do Vento". Here I was working once again alongside the multitalented Vanessa Marques Oliveira, to transform words into movement and sound, in a performance that pays tribute to the depths of the female figure.

Man subjected to the forces of nature. Alone, in the sudden fog, left to the fado and the wind, seeking sustenance. Is this his feat? The uncertain return, the impending storm, the gaze upon the horizon. Fishermen, weavers of worlds, adrift, ready-to-let moorings. Stories are not told without someone to tell them.
Chama do Mar is a contemporary circus performance, inspired by the maritime culture of Ílhavo, the tradition of cod fishing and its people. Setting sail from the core of a man to the collective memory, returning to reclaim the fisherman's essence and his inner epic of thoughts, worries and hopes.

Two inseparable bodies.
This piece creates metaphorical space that suggests that two bodies are one person. It is a physical reflection on our internal negotiations and duality, where the interaction between these seemingly contradictory sides is translated into movement, into manipulation, into dance, into a fight.

A poetic universe based on the simplicity of gesture and action, where harmonic moments,
as well as conflicts, can be born. The repetition and duration of actions contribute to dramatic tension. The story is
constantly fluctuating between unity, distance, rupture and interdependence.